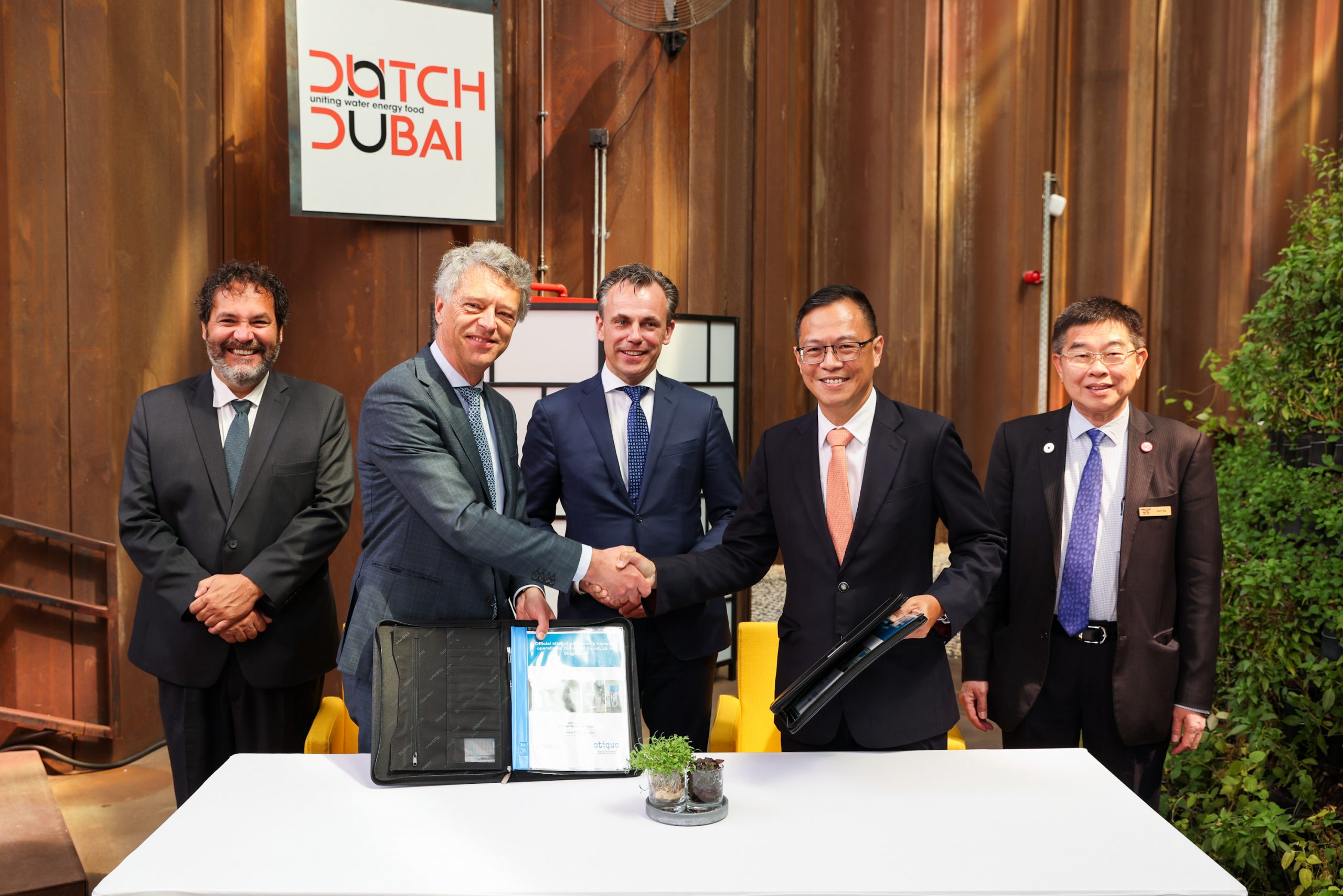 Demcon Optiqua and  PUB, Singapore’s National Water Agency, are making use of sensor technology for safe drinking water in Singapore

Demcon Optiqua and PUB, Singapore’s National Water Agency, recently signed a contract for the further rollout of EventLab in Singapore. EventLab is Optiqua’s comprehensive solution for real-time drinking water monitoring. PUB and Demcon Optiqua in recent years have worked closely together to develop this solution based on Optiqua’s optical sensor technology. The rollout’s official start took place today in the Dutch Pavilion at the World Expo in Dubai in the presence of the Dutch Minister of Infrastructure and Water Management, Mark Harbers.

Clean drinking water is one of the global challenges that can be addressed using innovative technological solutions. Optiqua has developed an optical technology for the real-time monitoring of drinking water. This makes it possible to quickly respond to changes in the composition of the drinking water. Technology developer and producer Demcon has been supporting Optiqua for several years and last year Optiqua became part of the Demcon group. Demcon’s support enables Optiqua to further expand the technology and it is now ready for the international rollout of EventLab.

Comprehensive solution
A patented optical lab-on-a-chip sensor with generic sensitivity to changes in water quality forms the core of the EventLab network. In addition to a network of sensors, the EventLab system consists of infrastructure for data transmission and data analysis and visualization software. Data algorithms constantly analyze the information produced by the sensor network for abnormal water quality changes. In case of an event – contamination or another change in the drinking water’s composition – the software issues an alert. This enables the drinking water company to immediately initiate action, for example, further analyzing the drinking water. Drinking water companies in Europe, China and the Middle East have also expressed interest in Optiqua’s solution for managing intelligent drinking water networks.

Demcon Optiqua – PUB partnership
The development of EventLab came about through intensive cooperation with PUB, says Jos-Willem Verhoef, managing director of Demcon Optiqua: “PUB has a progressive vision of the real-time monitoring of drinking water quality. In recent years we successfully worked together on the development of EventLab. Together we have demonstrated that EventLab – in comparison to traditional sensors – is capable of detecting a very wide range of contaminants. Over the next eighteen months, we will work on the operational rollout of our system, whereby we will primarily further work out the response protocols.”

The international interest in EventLab is also evident at the World Expo, held in Dubai until 31 March. A Water Day was organized on Wednesday 23 March by the Netherlands Water Partnership (NWP) and PUB. The Dutch Minister of Infrastructure and Water Management, Mark Harbers, was present during the Water Day and attended the EventLab rollout official start.

Social impact
The drinking water market is new to Demcon, says CEO Dennis Schipper. “Drinking water safety is becoming more and more important worldwide and that has piqued our interest. We are constantly looking for new markets where we can have a social impact with our technological expertise. This is the reason why we have supported Optiqua for some time and last year made it part of our group. The global interest in Optiqua’s technology is also consistent with our international ambitions. Another wonderful aspect is that the components for their technology are made at Twente University in the Netherlands. This is where we had our start as a spin-off.”

There are substantial challenges in water and wastewater treatment management, including: Climate Change Stricter regulations…